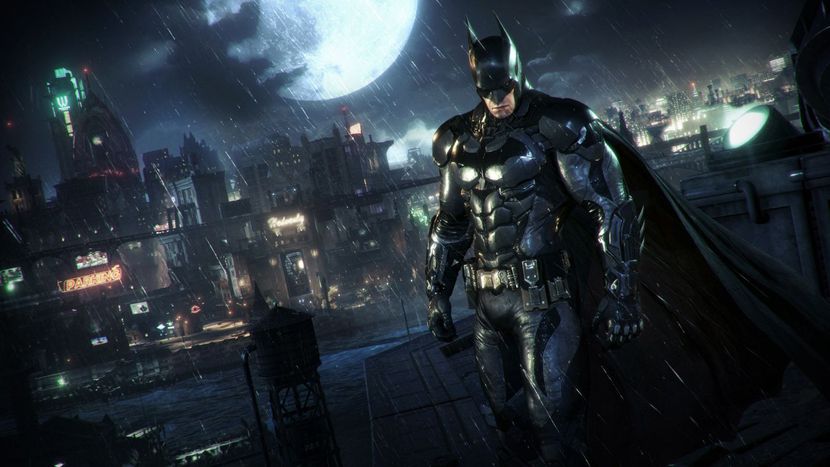 Why do we like Superheroes? Is it a form of escapism? Or is it just simple entertainment? To myself and many others, superheroes are more than just both of those things. They’re a symbol of something greater. And when I think which heroes best represent the the whole genre, two immediately come to mind. Batman, and Spider-Man. Even though both of these characters were created by two different brands of comics, they both share the same ideals and heroic journey that resonates with audiences till this day. While Batman first appeared in 1939 in DC’s “Detective Comics” #27 and Spider-Man appeared in 1962 in Marvel’s “Amazing Fantasy” #15, they have both appeared out of the pages of comics and into films and television shows, and most recently, video-games. But why are superhero games important? To answer this question, we need to go back to 2002, and look at the movie that pushed superheroes out of the pages of comic books and onto the big screen. And that movie is Spider-Man.

Love them or hate them, Sam Raimi brought Spider-Man to life. While the trilogy had a more Gothic and darker feel to it than the comics, it still stayed true to the story of Spider-Man, that story being about a boy called Peter Parker being bitten by a radioactive spider, getting super-powers, and using them to help others. And that’s the fundamental part of Spider-Man, he uses his powers to help others. He’s not infallible, in fact Peter has several traumatic experiences in his life very early on, but he uses that as fuel to help him be a hero, to help people that are in need. This is also the same for Batman, Christopher Nolan’s “The Dark Knight” trilogy changed the way we view superheroes. The films were more grounded in reality than ever before. Taking inspiration from “The Killing Joke” and “Batman: Year 1” Christopher Nolan shaped the films into a dark and gritty tale of corrupt politicians, corrupt cops, and city on the brink of self-destruction, and in the middle of it all? The Batman. But the films, just like the Spider-Man films, explores the man behind the mask, Bruce Wayne, and how he reacts to the characters and world around him. He’s a man driven to the edge by the loss of his parents at a young age, who uses his anger, determination, and fear of bats, to clean up Gotham city and stop the villains from tearing the city apart. 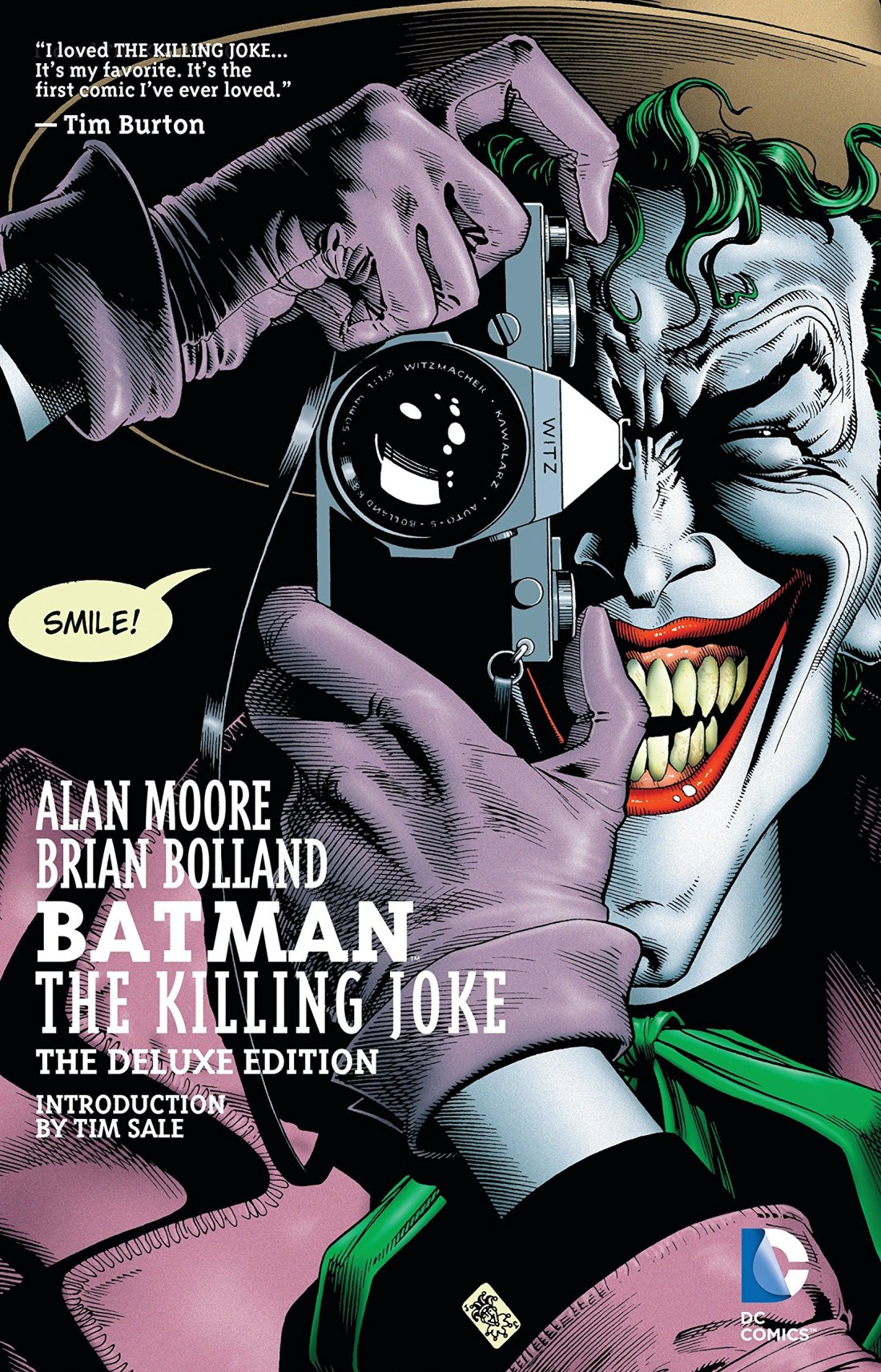 But how does this tie into the Arkham series and Spider-Man PS4? Well they give context to how those two games were created. If the Spider-Man and Dark Knight trilogy never happened then the video games we would have got for these two characters would’ve been entirely different. Think about that for a second, these movies helped pave the way for superheroes to become more mainstream. Hell, even my parents (who used to read comic books by the way) watched the Dark Knight trilogy because it was more grounded in reality than fantasy. This is reinforced even more with an interview with Christopher Nolan, who says: “Yes, it’s a superhero, but it’s based on ideas of guilt, fear, these strong impulses that the character has. Bruce Wayne doesn’t have any super powers other than extraordinary wealth. But really, he’s just someone who does a lot of push-ups. In that sense, he’s very relatable and human. I think that’s why I gravitated towards it”. It’s this quote that shows how most people feel about the dark knight. And that leads me into the next part of this piece, The Batman Arkham games.

The Arkham games set the standard for what superhero games should be. Developed by London-based Rocksteady Studios, Arkham Asylum was the first of 3 Batman games, (and a spin-off prequel to the trilogy was also developed by WB studios Montreal called Arkham Origins) in which Batman must fight his way through Arkham Asylum which has been taken over by the Joker. This storyline is continued in Arkham city, but at the end (spoilers by the way) the Joker dies. Now to those people that have grown up with Batman, reading the comics, and watching the movies and television shows, this is a pretty significant event. Yes the Joker has been killed before in other comics, but the Arkham games have this event build up over two whole games, which take almost 20 hours each to finish. That’s a long time to be invested in a superhero story, and just like the comics and Christopher Nolan films, Rocksteady really captured the characteristics of each and every supporting character and villain that Batman comes into contact with throughout the first two games. The third and final game, Arkham Knight, is probably the closest to the brooding Dark Knight trilogy that Rocksteady has ever gotten. It follows closely the effects that the Joker’s death has on Bruce, but is also acts as a bit of a sequel to the 4 part Batman comic “A Death in the Family” published in 1988, in which DC put to a vote whether the then Robin (Jason Todd) was to be either murdered by the Joker or survive. It was also the first time we could experience the whole of Gotham City as the Batman, and with the inclusion of the Batmobile, it made you become the Batman. It was a thrilling conclusion to the Arkham story, and it had a profound impact on the way triple-A superhero games would be developed in the future.

However, the next superhero game wouldn’t have us donning the cowl, it would have us donning the mask of everybody’s favourite friendly neighbourhood web-slinger: Spider-Man. Released last year in 2018 by Insomniac, Spider-Man PS4 has you swinging through New York as you try to stop a number of villains from taking over the city, (sounds familiar doesn’t it) while the game has many similarities to the Arkham series, it’s not as dark and brooding as it’s counterpart. You really do feel like Spider-Man swinging through the city streets, it feels better than driving the Batmobile. But just like Batman, Spider-Man PS4 wouldn’t of succeeded without it’s amazing cast of characters and villains. Each character has a story ark that they go through throughout the game, they all have obstacles and challenges that they need to get through. And I think that’s where the Arkham and Spider-Man games really shine, both Batman and Spider-Man aren’t the central focus of the story, let me explain. When you’re watching a Batman or Spider-Man film, does the story solely focus on main protagonist? Not fully no, it’s more about sending a message, in “The Killing Joke”, is the story about Batman? No, it’s about the Joker trying to make people see how he sees the world, a world full of insanity. Or how about the Spider-Man films? They teach an important lesson, “with great power, comes great responsibility”, and that saying will stick with all of us for the rest of our lives.

That’s what I’m trying to get at here, it’s that we can relate to these heroes more than anything else. The creators of these two characters wanted them to be as relatable to the reader as possible. Take this quote from an article written by Stan Lee titled, “How I invented Spider-Man” back in 1977: “When the time came to create a teenaged hero for Marvel Comics, I decided to depict him as a bumbling, real-life teenager who by some miracle had acquired a super power. He’d have to be bewildered, insecure, inept, ungainly, and often out of step with those around him.” How many of us felt that way as a teenager? But as time has gone on and we have grown up, so did Spider-Man. He changed, and we changed. And most importantly, our perception of him changed. We wanted more dark and gritty stories, and that’s exactly what we got. And of course with the rise and success of the MCU and amazing movies like “Into the Spider-Verse” we are seeing more of Spider-Man than ever before across all kinds of media, especially games. But not for the Batman, with the Justice league movie falling flat and the departure of Ben Affleck as Batman, maybe we won’t see another Batman game by Rocksteady, maybe it’s time for us to don the blue tights and the red cape.

But when it comes down to it, I think that’s why superhero games are so important, they let us, the players, be more than just ordinary people, they allow us to be extraordinary. Especially for those of us that grew up with these heroes, that have seen them fall only to rise again. But with heroics, comes sacrifice, do you know how both these games end? With a traumatic experience, with the hero losing a loved one. And so the heroes story comes to an end, but do they stop fighting? No, they don’t, they keep fighting onward because who will? And I think there’s an important lesson to be learned from these games, and even the superhero genre as a whole, it’s that no matter who you are, you can be a hero.

Hey guys, welcome to my blog! I've started this little project to get into the knack of writing reviews! If you want to find out more about me and see my daily goings on then follow me on Twitter! At @seanmacka116. Thanks for reading!!!! View all posts by TheGreatSpartan